Tips and resources to sharpen your critical thinking skills when it comes to facts and false information.

What is Media Bias?

On a very simplistic level, media bias refers to the media exhibiting an unjustifiable favoritism as they cover the news. When the media transmit biased news reports, those reports present viewers with an inaccurate, unbalanced, and/or unfair view of the world around them. (Levasseur, 2008)

Some agencies such as the Associated Press, Reuters, and C-Span stay to the center and offer fair and balanced reporting.  Others, such as InfoWars and Patribotics offer little to no real news and can be dangerous if trusted.

See the chart below to see how your favorite news source ranks on the spectrum. The chart is frequently cited in news stories and classes on fake news and media bias.

See the chart below or cllck here for the Interactive chart. 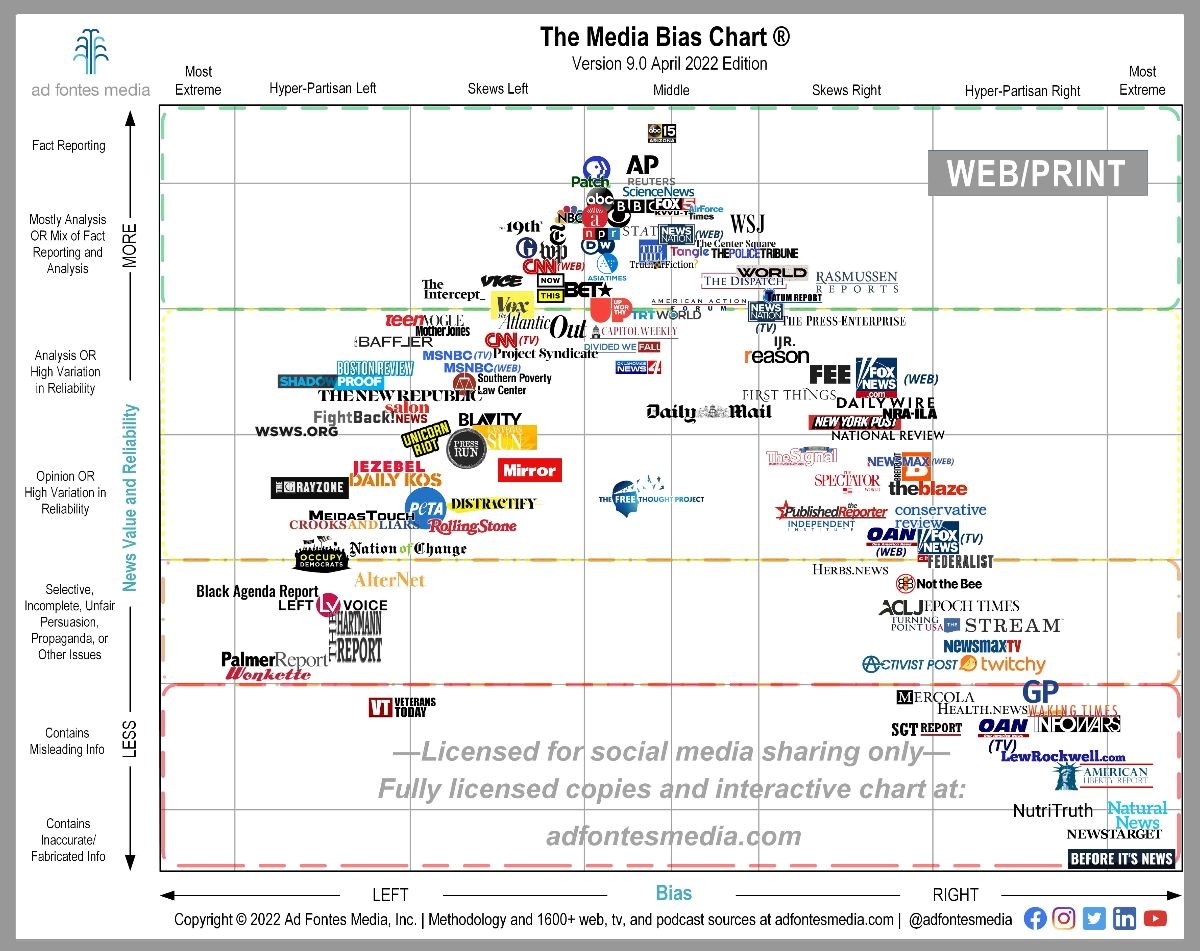 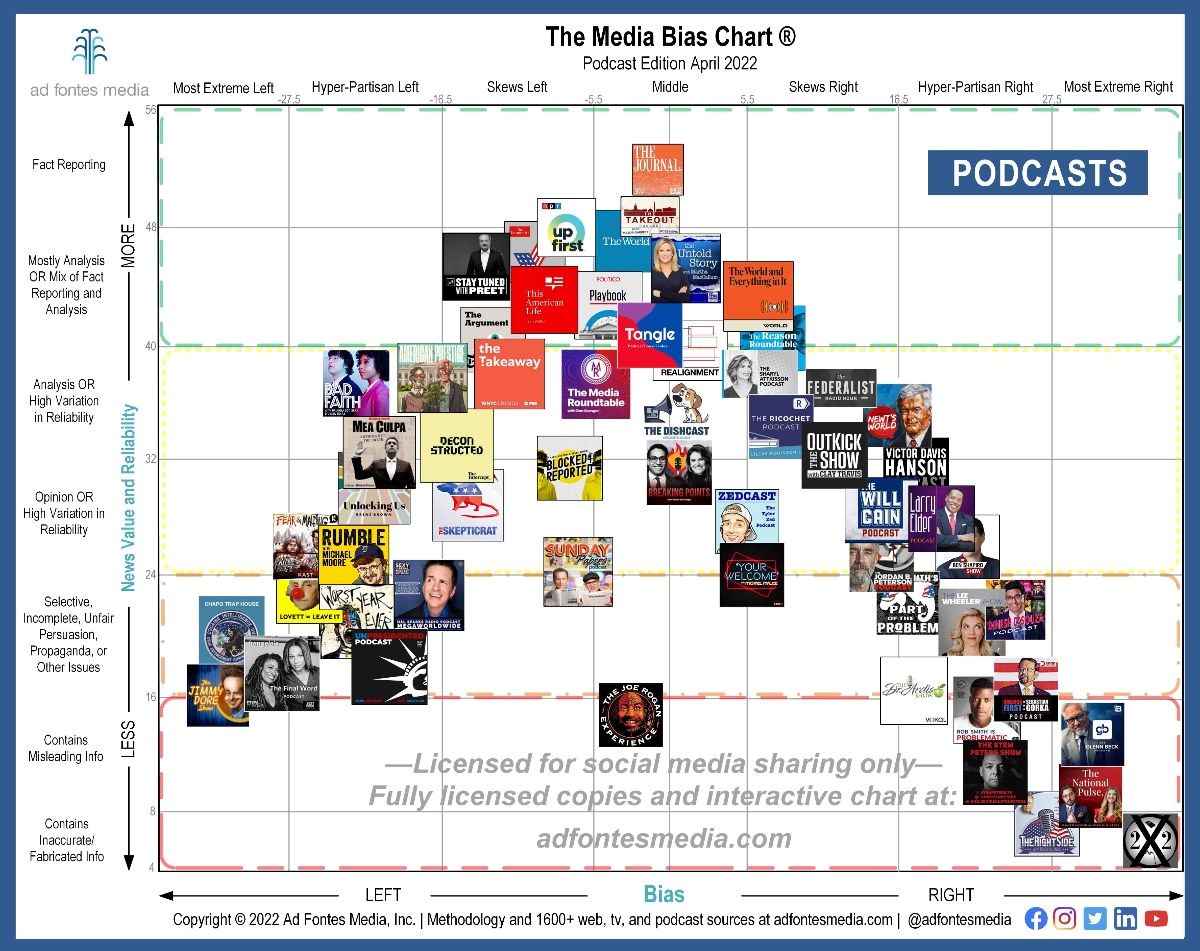 Freedom of the Press

"Predators of press freedom have seized on the notion of “fake news” to muzzle the media on the pretext of fighting false information. Nonetheless, many of them have taken recent statements by President Donald Trump as a means of justifying their repressive policies. This dangerous trend is a cause for concern to Reporters Without Borders (RSF).(Reporters without Borders)

The state of journalism within a country impacts the prevalence of fake news and the heightens the vulnerability of a nation's people.

Check out the organization Reporters without Borders to learn more.

Despite having strong constitutional protections to the contrary, the latest World Press Freedom Index findings on the US and Canada reveal two countries whose journalists and media workers face constant challenges to the very freedom to exercise their profession. The United States’ ranking fell from 43 to 45 out of 180 countries in Reporters Without Borders’ (RSF) 2018 World Press Freedom Index, continuing its downward trend in the first year of Donald J. Trump’s presidency. In contrast, its northern neighbor Canada gained 4 places due to steps taken to safeguard the confidentiality of journalists’ sources.