Marketing to a New Generation

GGU School of Law Office of Diversity and Inclusion 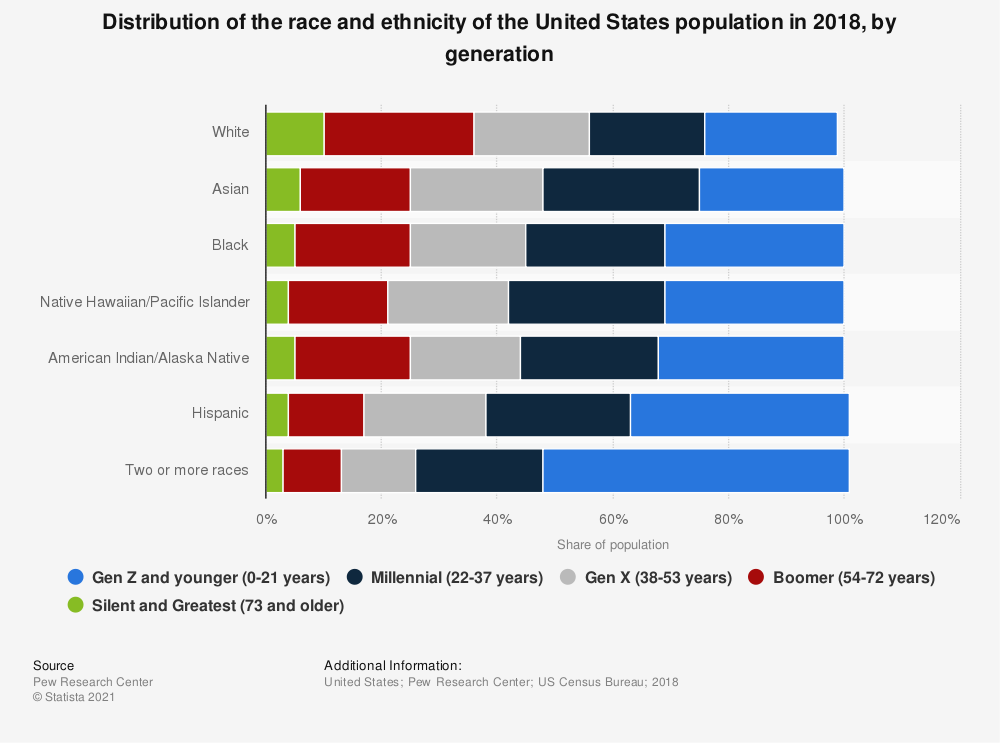 This statistic shows the distribution of race and ethnicity of the United States population in 2018, by generation. In 2018, 38 percent of the Hispanic population in the U.S. belonged to Generation Z, which are those 21 years old and younger.

The outstanding Maryville University Guide to Diversity and Inclusion in Modern Advertising served as inspiration and foundational content ideas for this page.